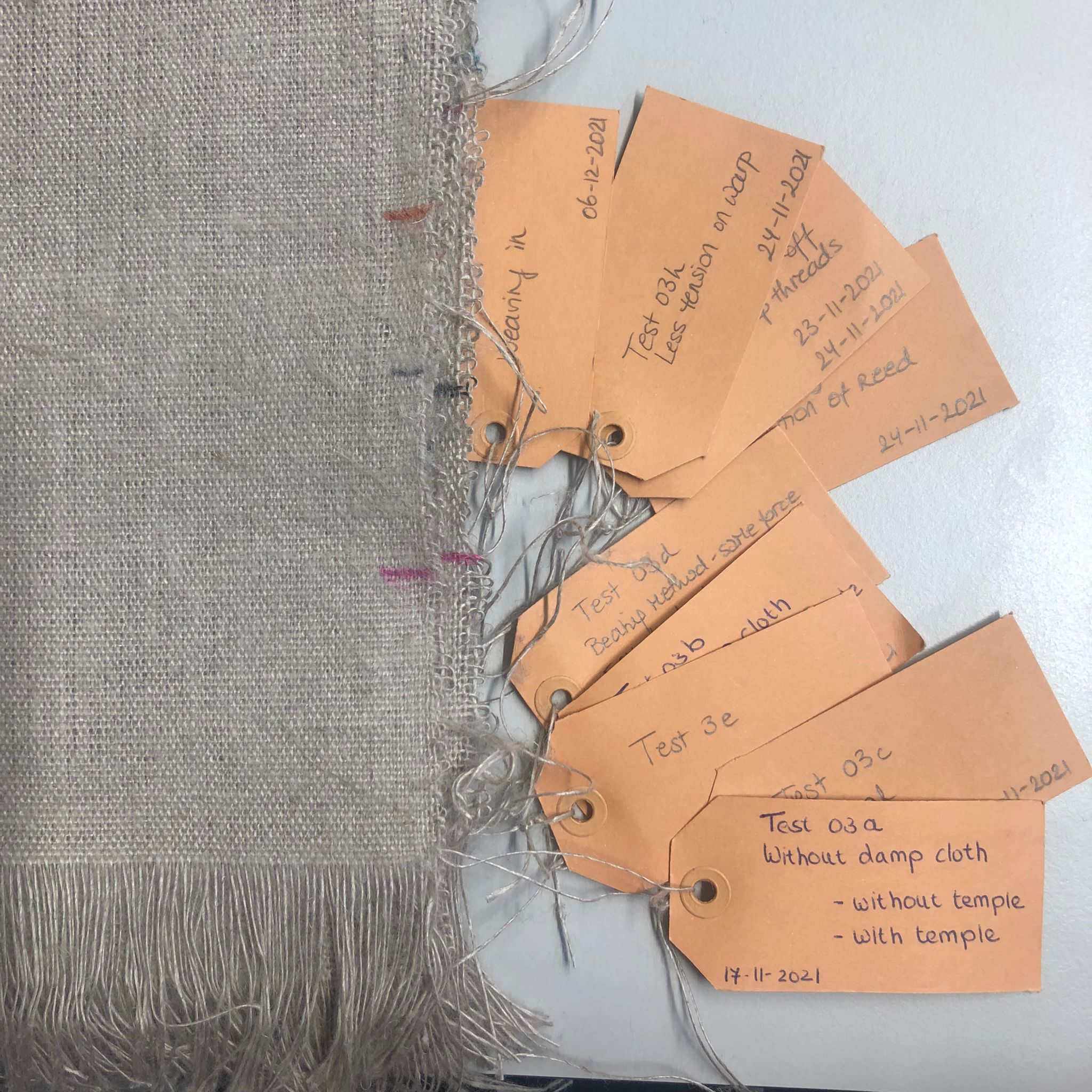 In exploring new materials, methods or practices I intuitively research the origins, connections, history or background. It is not only fascinating to know more about the way a fabric used to be made or how a material was produced, it also enhances my design process.

I am part of project teams investigating the history of textiles. With museum restaurators, art historians and scientists we are reseaching the way painters’ canvasses were woven in the 17th century. This research project involves testing and reconstructing handwoven linen cloths to see if we can reproduce and thereby better understand what we see in radiographs of the canvasses of 17th century Dutch masters’ paintings. As part of the project we also do historical literature research. Where did 17th century painters buy their canvasses? Who were the linen weavers at that time? How different were their weaving looms from the ones we use today and what influence did that have on the linen they wove?

Another project with a museum team involves researching the historical backgrounds and reproducting of ‘grein’; a fabric made of goat or camel hair that was handwoven in Leiden, the Netherlands in the 17th century.

When I started working with Dutch sheep wool I researched the history of the use of Dutch sheep wool in the typically Dutch woolen blankets. What were the weaving and funishing methods? What patterns were used through the decades that the Dutch woolen blanket was woven? You see some iconic examples below. Why did the industry collapse and what were the consequences for the weaving industry in The Netherlands? 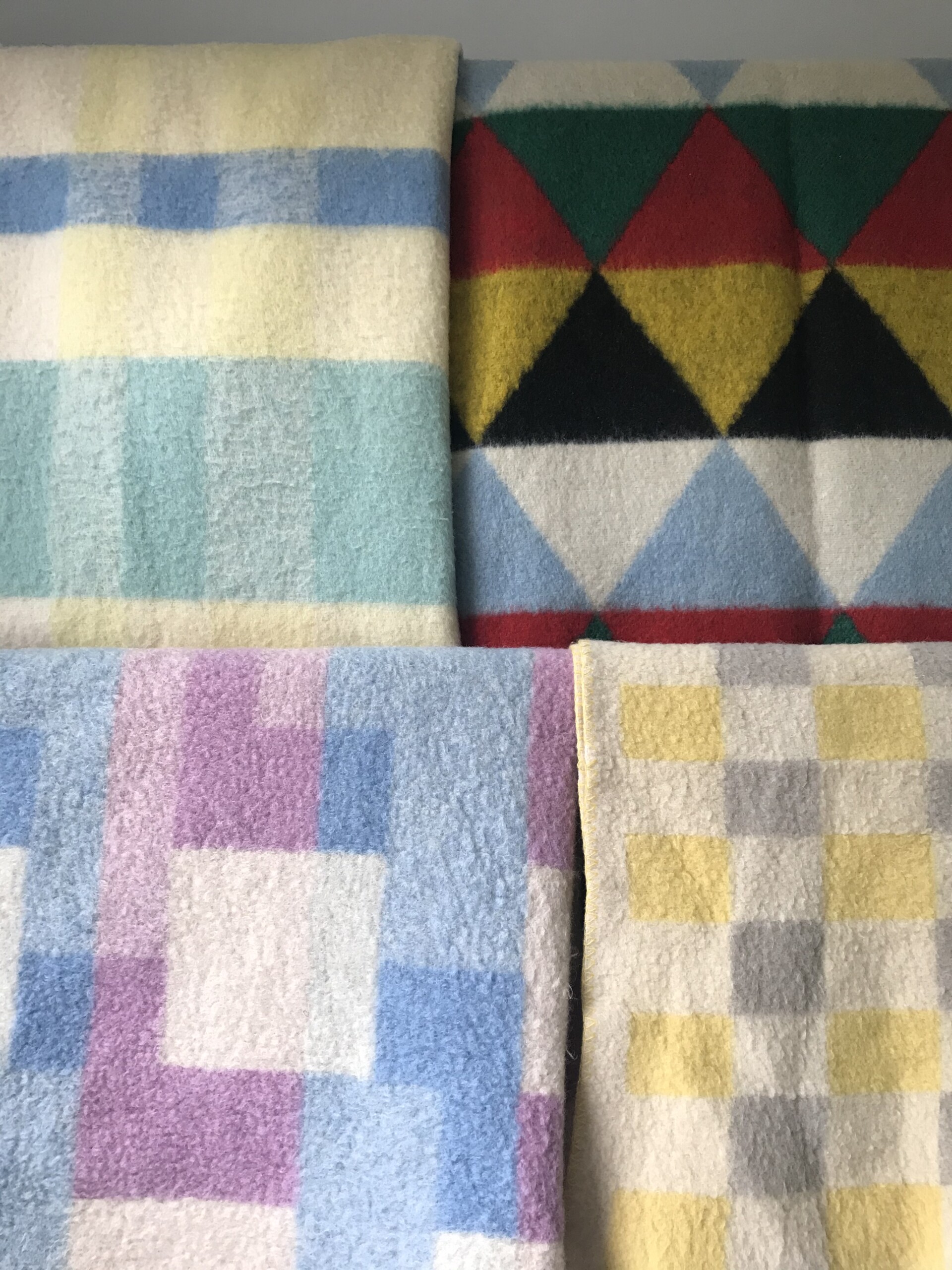 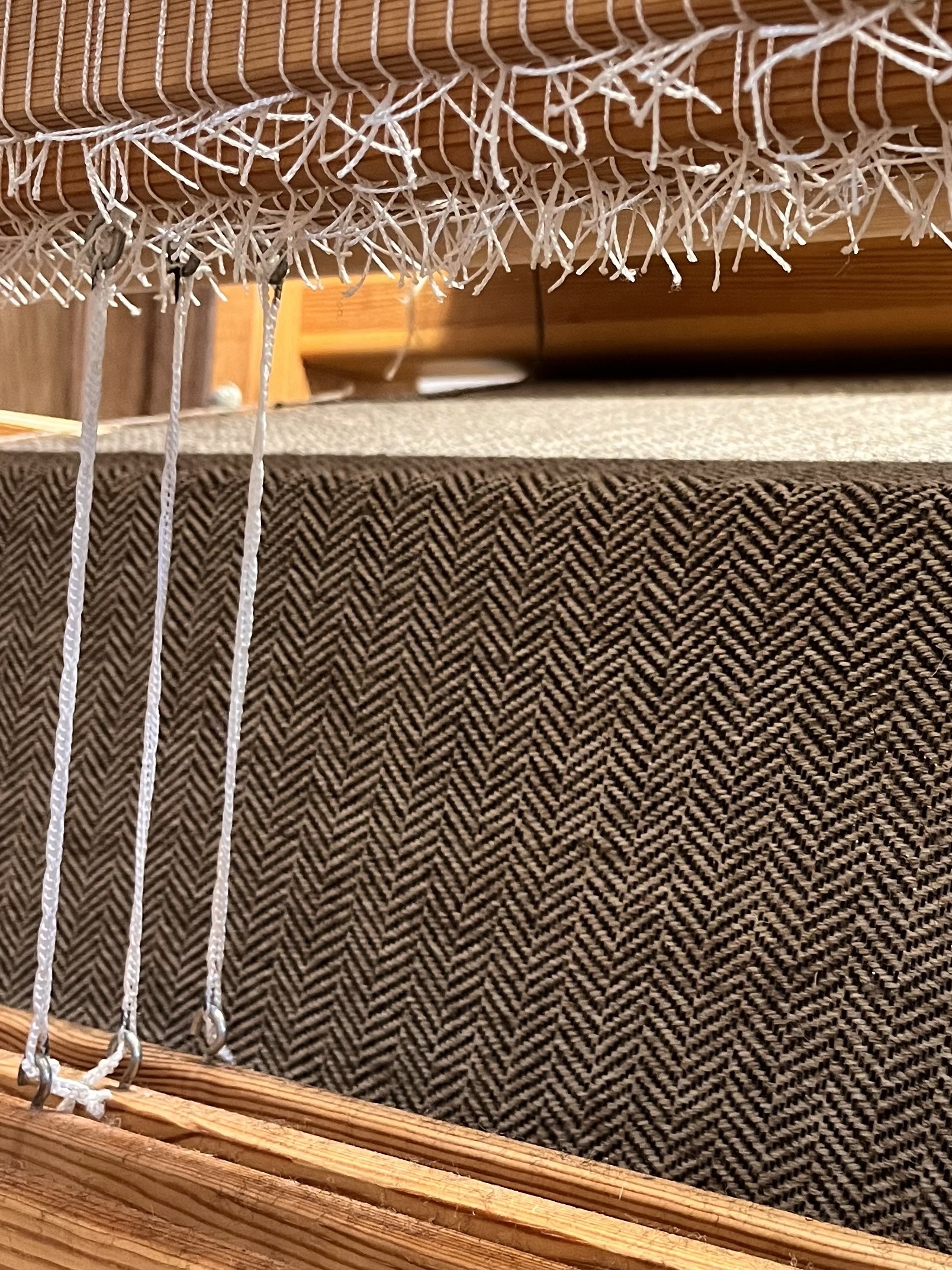 With Dutch tweed I investigated the origins of tweed and searched for the definition of ‘tweed’; when is a fabric a ‘tweed’? Click here for my journal post on ‘tweed’.

Historical knowledge is essential to me in my work. It enables me to have a better understanding of the characteristics of the material and why a fabric is constructed in a particular way.  It is pivital to my design process.

We use cookies on our website to give you the most relevant experience by remembering your preferences and repeat visits. By clicking “Accept All”, you consent to the use of ALL the cookies. However, you may visit "Cookie Settings" to provide a controlled consent.
Cookie SettingsAccept All
Manage consent

This website uses cookies to improve your experience while you navigate through the website. Out of these, the cookies that are categorized as necessary are stored on your browser as they are essential for the working of basic functionalities of the website. We also use third-party cookies that help us analyze and understand how you use this website. These cookies will be stored in your browser only with your consent. You also have the option to opt-out of these cookies. But opting out of some of these cookies may affect your browsing experience.
Necessary Always Enabled
Necessary cookies are absolutely essential for the website to function properly. These cookies ensure basic functionalities and security features of the website, anonymously.
Functional
Functional cookies help to perform certain functionalities like sharing the content of the website on social media platforms, collect feedbacks, and other third-party features.
Performance
Performance cookies are used to understand and analyze the key performance indexes of the website which helps in delivering a better user experience for the visitors.
Analytics
Analytical cookies are used to understand how visitors interact with the website. These cookies help provide information on metrics the number of visitors, bounce rate, traffic source, etc.
Advertisement
Advertisement cookies are used to provide visitors with relevant ads and marketing campaigns. These cookies track visitors across websites and collect information to provide customized ads.
Others
Other uncategorized cookies are those that are being analyzed and have not been classified into a category as yet.
SAVE & ACCEPT